“Where the mind is without fear and the head is held high”. 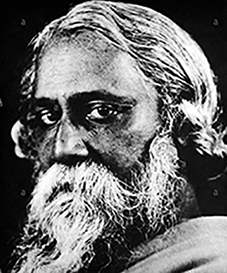 Rabindranath Tagore, the great Indian nationalist and visionary wanted India to awaken to a bright dawn of freedom, freedom from slavery and our own mental chains.  Where everyone within the fold of the brotherhood is free to hold up one’s head high and one’s voice to be heard without having any tension of fear of oppression or forced compulsion; where the knowledge is not restricted by narrow ideas and loyalties.

DPS Hajipur, stands affirm with the notion that each child is born with a unique talent. Each child adds his own hue to the school, and it is this vibrancy that we want to represent by choosing to name the different Grades after BRAVEHEART FREEDOM FIGHTERS.

“Freedom is never dear at any price. It is the breath of life”. 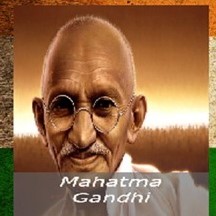 The freedom fighters had the courage and the love for motherland, they selflessly sacrificed their lives for the freedom of our country. They are the symbols of patriotism & bravery.

Like these Braveheart fighters, our students are also dynamic, smart, independent, agile and outstanding learners and will help each other to reach their goals. Our children too will travel the world of knowledge, carry good message as they grow up and leave a trail of success behind.

We believe children will walk on their footprints & bring glory to the country. 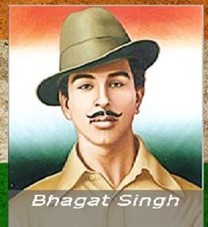 He was a socialist revolutionary who bravely fought for the independence of the country.

Bhagat Singh, better known as, Shaheed Bhagat Singh left no stone unturned to bring about reforms in the fight against the British. 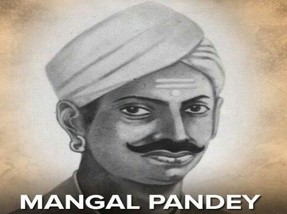 Mangal Pandey- (July 19, 1827— April 8, 1857):was an Indian sepoy in the service of the British East India Company. Mangal Pandey, Indian soldier whose attack on British officers on March 29, 1857, was the first major incident of what came to be known as the Indian, or Sepoy, Mutiny (in India the uprising is often called the First War of Independence or other similar names).

This is the fight for freedom… the freedom from yesterday… for tomorrow. 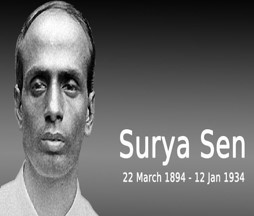 Surya Sen-( 22 Mar 1894 -12 Jan 1934):also called Surya Kumar Sen, was an Indian revolutionary who was influential in the Indian independence movement against British rule in India and is best known for leading the 1930 Chittagong armoury raid.

Inquilab Zindabad and Down with Imperialism.

Prafulla Chaki(10th Dec 1888-1st May 1908): was an Indian revolutionary and nationalist associated with the Jugantar group of revolutionaries who fought against British colonial to secure Indian Independence.
Vande Mataram 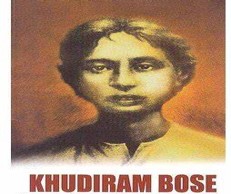 Can there be a disease worse than a slavery…? 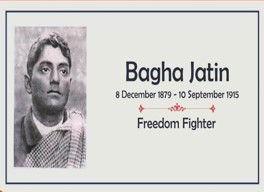 BAGHA JATIN-( 07 Dec 1879- 10 Sep 1915) -Jatindranath Mukherjee, fondly remembered as Bagha Jatin, was one of the chief Bengali revolutionaries fighting against British rule in India. From a very young age, Bagha Jatin became the leader of the Yugantar political party in Bengal, which was instrumental in organizing revolutionary activities against the British. The trailblazing Indian, who laid down his life in guerilla warfare against the British Empire.

‘We Shall Die to Awaken The Nation’ 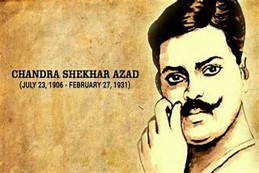 Chandrashekhar Azad-(23 Jul 1906- 27 Feb 1931) was a great Indian freedom fighter. His fierce patriotism and courage inspired others of his generation to enter freedom struggle. Chandrasekhar Azad was the mentor Bhagat Singh, another great freedom fighter, and along with Bhagat Singh he is considered as one of the greatest revolutionaries that India has produced.

‘If yet your blood does not rage, then it is water that flows in your veins.

For what is the flush of youth, if it is not of service to the motherland.’

Lokmanya Bal Gangadhar Tilak-(23 July 1856 – 1 August 1920): was an Indian nationalist, political activist and a great social reformer. He was an Indian nationalist, teacher, and an independence activist. He was one third of the Lal Bal Pal triumvirate. Tilak was the first leader of the Indian independence movement. The British colonial authorities called him "The father of the Indian unrest." He was also conferred with the title of "Lokmanya", which means "accepted by the people". Mahatma Gandhi called him "The Maker of Modern India".

‘Swaraj is my birthright and I shall have it.’ 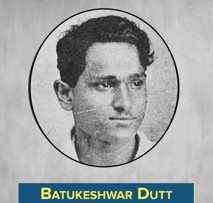 Batukeshwar Dutt-(Nov 18,1910-July 20,1965):was an Indian revolutionary and Independence fighter in the early 1900s. He is best known for associating with Bhagat Singh and initiating a historic hunger strike protesting against the abusive treatment of Indian political prisoners, and eventually secured some rights for them. He was also a member of the Hindustan Socialist Republican Association.

Mohandas Karamchand Gandhi –(Oct 02, 1869 - Jan 30, 1948):was an Indian lawyer, anti-colonial nationalist and political ethicist who employed nonviolent resistance to lead the successful campaign for India's independence from British rule and in turn inspired movements for civil rights and freedom across the world. The honorific Mah?tm?, first applied to him in 1914 in South Africa, is now used throughout the world. Gandhi is often called Bapu in India, a term of endearment that means "father."

‘Freedom is not worth having if it does not include the freedom to make mistakes’. 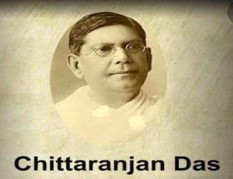 Chittaranjan Das- (5 November 1870 – 16 June 1925):popularly called Deshbandhu, was an Indian freedom fighter, political activist and lawyer during the Indian independence movement and founder-leader of the Swaraj Party in Bengal during the period of British colonial rule in India. His name is abbreviated as C. R. Das.  He was one of the most prominent political and nationalist personalities in Bengal when Bengal was going through a very crucial time of ideological and political change. During the Non-Cooperation movement, Das became a symbol of patriotism and courage.

‘ Swaraj means that we must live within ourselves, we must be self-contained. I tell you we are great slaves today. Our economic slavery is greater than our political slavery…’. 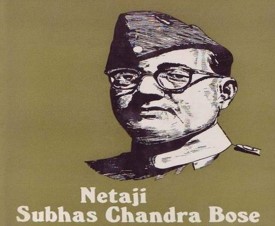 Subhas Chandra Bose –(Jan 23, 1897):was an Indian nationalist whose defiant patriotism made him a hero in India, but whose attempts during World War II to rid India of British rule with the help of Nazi Germany and Imperial Japan left a troubled legacy. The honorific Netaji was first applied to Bose in Germany in early 1942—by the Indian soldiers of the Indische Legion and by the German and Indian officials in the Special Bureau for India in Berlin. It is now used throughout India.

“You give me blood, I will give you freedom”